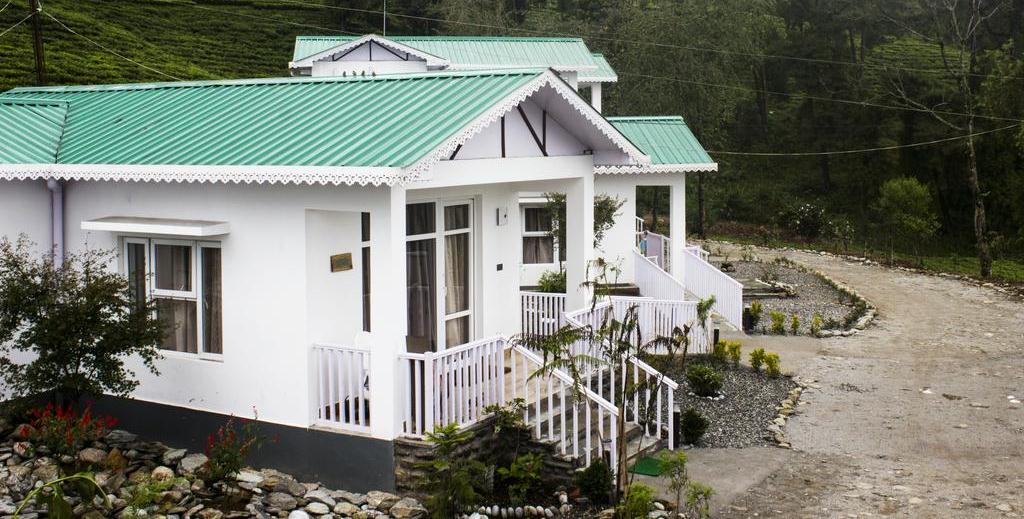 The best time to visit is from September to April. November is the time for the Autumn Carnival at Temi which welcomes the first bloom of the cherry trees. The cherry blossoms are associated with the Buddhist notions of change and transformation and here in Sikkim they herald the onset of winter.

If brick and mortar could talk, they would tell us tales of where it all began... the grounds of an ancient Bungalow that has stood the test of time with memories of an era gone by.
The heritage Temi Bungalow, also known as the Bada Bunglow, was built in 1885 by the British Missionaries and inhabited by the British Pastors . Even after India became an independent nation, the Kingdom of Sikkim continued to enjoy its status as a separate entity. After the British left the area, the Forest Rangers took over the Bungalow.
1960 was also the time when the King allowed a tea garden in Sikkim, with its headquarters at Kewzing. The headquarters thereafter shifted from Kewzing to Temi and the bungalow became the new residence of the managers thereon.
Eversince 4 managers inhabited the Bungalow from 1973, until in 2011 a severe earthquake caused extensive damage to the property.
Priya Entertainments Private Limited is the first public private partnership in the district which has attempted to bring back the memories of the yesteryears while keeping the soul of the vintage property intact.

The rooms in the bungalow are done in classic vintage style...in keeping with the heritage appeal of the property. Four poster beds and retro styled leather Chesterfield sofas adorn the rooms which are painted in soothing tones of blues, greens and greys.
The cottages are spacious and modern with all the amenities provided for a comfortable stay. All the cottages have an attached verandah which offers breathtaking views of the mountain ranges and the tea bushes that surround the resort.

Mountains are often considered the abodes of deities. The simplicity and quiet of mountains offer more peace than any city. They are stores of natural treasures and the source of many precious herbs and plants which have immense medicinal properties. The Buddhists residing in this land practice Buddha's message of non violence and we too must all develop a genuine sense of universal responsibility towards this beautiful planet that is our home.
The Temi Bungalow offers that...and much, much more.